[ CRH imported salt spray test chamber has advanced nozzle cleaning function, prevents nozzles from clogging - thisalso a problem that frequently encounters in other products in the market. Adjustable humidity function and brine spray function CRH imported salt spray test chamber by using air pre-regulators, blower modules, and atomized wet nozzles, the relative humidity of the box can make the contained humidity and The temperature is gradually rising to and retained in a set value. Treatment of deionized water normally. Sprinkle function is required in certain car corrosion test specifications, and the solution of the user adjustable flow rate of the CRH imported salt spray test chamber is uniformly Spray to the sample, compared to spray functionThe sprayed liquid fog, the spray droplets are larger, the flow rate is higher, the spray time is shorter, and the user can directly set the sprayed on / off time to better control the corrosion rate. Advanced heating scheme Advanced air heating method


The imported salt spray test chamber adopts advanced air heating mode to avoid conventional steam heating mode due to water vapor evaporation The change in salt fog concentration caused by water evaporation caused, resulting in a case where the outdoor correlation is poor, ensuring the accuracy of your test results.


CRH 600/1100 imported salt spray test chamber also equipped with a refrigerator, which can be used to control temperature control in the box in the test requirement in the summer high temperature environment to ensure The accuracy of your test results.

The standard (including but not limited to) 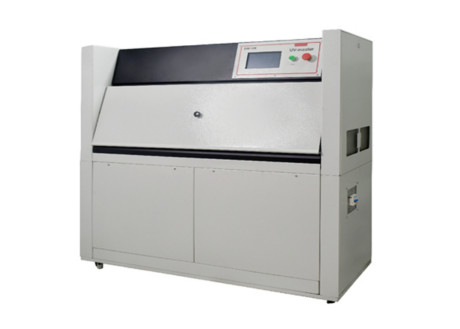 Hot Product
What Can I Do For You?