In the xenon arc radiation test, high purity water is required to prevent deposits on the surface of the test plate, so the operating cost is high. At this stage, many domestic and foreign weather resistance and light resistance tests use ultraviolet light aging test chambers, which are available from Shanghai QINSUN Precision Electromechanical Technology Co., Ltd. Welcome customers who have questions.

For differentnth lighting applications, there are different types of lamps with different spectrums to choose from. The UVA-340 lamp simulates sunlight well in the main short-wavelength ultraviolet spectral range. The spectral power distribution (SPD) of the UVA-340 lamp is very similar to the spectral map extracted from the solar spectrum at 360 nm. UV-B lamps are also commonly used for accelerated artificial weathering tests. It destroys materials faster than UV-A lamps, but the energy output at shorter wavelengths than 360nm will cause deviations from the actual test results for many materials.

UV fluorescent lamps simplify radiation control due to their inherent spectral stability. All light sources fade over time. But fluorescent lamps, unlike other types of lamps, do not change their spectral energy distribution over time. This property increases the reproducibility of test results and is therefore a great advantage.

One of the main benefits of using an ultraviolet light aging test is that it can simulate the damage to materials in a more realistic outdoor humid environment. When the material is placed outside, according to statistics, it often suffers from moisture for at least 12 hours a day. Since most of this humidity is in the form of condensation, a special condensation principle is used to simulate the humidity in the outdoor air in the accelerated artificial weathering test. 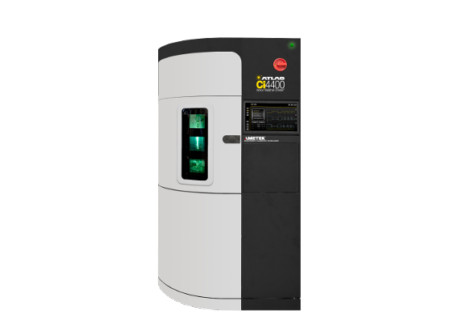 The temperature difference of a few degrees allows the water to continuously drip onto the tested surface during the condensation cycle.

The condensationThe thus produced sate is stable, pure distilled water. This water improves the reproducibility of experimental results, eliminates water sediment contamination problems and simplifies the installation and operation of test equipment. Because the material is generally exposed to moisture outdoors for a long time, a typical cyclic condensing system should have a test time of 4 hours. The condensation process is carried out under heating conditions (50°C), which will significantly accelerate the moisture degradation of the material. Condensatecycles performed under prolonged heating conditions are more effective in reproducing the phenomenon of damage to materials in humid environments than other methods such as water spraying, immersion and other high humidity environments.