The xenon lamp weather resistance test chamber uses the xenon arc lamp which can simulate the spectrum of the whole day to reproduce the destructive light waves in different environments. The device can provide corresponding environmental simulation and accelerated testing for scientific research, product development and quality control. The combined effect of sunlight, atmospheric gases, temperature, humidity and other factors, known as atmospheric erosion, is responsible for the aging and damage of most organic materials. Many organic substances work well in 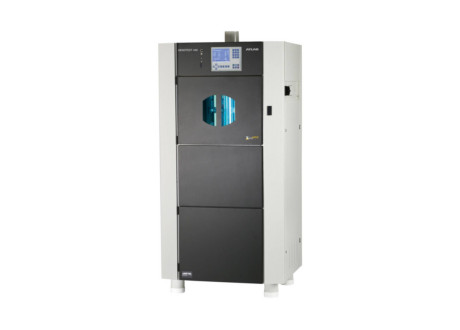 temperate regions, but they are completely unsuitable for heavy tropical regional use. Examples are rapid deterioration and decomposition of coatings, cracking and disintegration of cable sheaths, and fading of pigments.

Causes the destruction of various materialsby atmospheric erosion is generally not caused by a single factor, but by the intensive result of the interaction of different kinds of characteristic factors. Although solar radiation is dominated by ultraviolet radiation, the influence of climate erosion factors in practical applications is difficult to discern. For example, although the effect of ultraviolet light on PVC is not clear, the thermal destruction effect is greatly enhanced by the main effect of oxygen.

The weather resistance test chamber of the xenon lamp unexpectedly appeared abnormal damage phenomenon inconsistent with the natural atmospheric erosion, which may be due to one or more of the following reasons:

(1 ) Many The ultraviolet light source used in the laboratory is very different from the natural spectrum;

(2) In the accelerated test, after various factors such as intensity of ultraviolet raysng, temperature and humidity are amplified, they will The different reaction rates that occur are not necessarily the same;