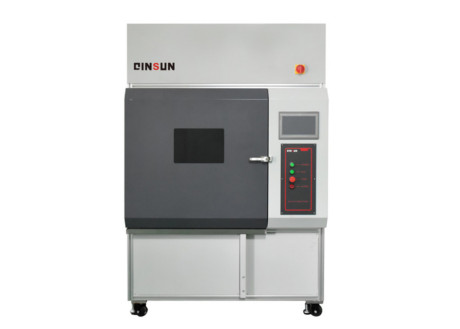 The simulation of full sunlight aging. China's extensive approach, the main reason is that natural climate aging experiments are more in line with practical, and the cost required is low and easy to operate. Although we can conduct natural climate aging tests anywhere, the more recognized test site is Florida in the United States because of its sunshine.
However, the shortcomings of the natural climate aging test is that the test takes a long time, and the test personnel may not wait for the test results of a product for so many years.
1. UV light irradiation test method
UV light irradiation aging test Using fluorescence ultraviolet light to simulate the destructive effect of solar light on the durability material. Thisdifferent from the xenon arc lamp mentioned above. The fluorescence ultraviolet lamp is similar to those of ordinary illumination with ordinary illumination, but can generate more ultraviolet light instead of visible or infrared light.
For different exposure applications, there are different types of lights with different spectrums. The UVA-340 lamp can simulate the sunlight in the main short wavelength ultraviolet spectroscopy. The spectral energy distribution (SPD) of the UVA lamp is very close to the spectral map of 360 nm from the sun spectrum. The UVB light is also commonly used to accelerate artificial climate aging test lights. It is faster than the UVA type lights, but it has deviated from the actual test results than the wavelength energy output of 360 nm.
2, xenon arc radiation test method
xenon arc radiation test is considered to be a test of a total sun spectrum because it produces ultraviolet light, visible light and infrared light. Because of this, it is considered to be a widely used method in China. This approach is described in detail (IS0113411: 1994).
However, this method also has its limitations, namely, xenon arc light stability and complexity of the test system thereby. The xenon arc light source must be filtered to reduce undesired radiation. There is a variety of filtration glass types to reach different irradiance distributions. Which glass is selected dependent on the type of test and its ZUI terminal. Changing the filter glass can vary the transmitted short wavelength ultraviolet light, thereby changing the speed and type of the material suffers from damage. It is usually used in filtering with three types: daylight, window glass, and extended ultraviolet light type (Method 1 and method 2 mentioned in GB / T1865-1997) correspond to the first two types).

Hot Product
What Can I Do For You?